Back to Latest Articles
General Thoughts

We all know the fair value of a good Developer, Designer or Accountant, but what’s the going rate of a Founder? (written in April 2014)

Examining and defining your motives as an entrepreneur will create a clearer path for your venture and reduce fatigue and frustration. (written in March 2014)

Earlier this week, my brother sent me a voice note asking me if I remember some words from an old football PC game:

Welcome to St. Jame’s Park for the game between Exeter City and Hull City. The anticipation is high as you join us for the first game of the new season.

We didn’t have the full version of the game, so we could only play the same two teams at the same stadium, hence the memorable commentator intro. I must have been between the 8 and 10 years old then (maybe a bit older), but those words have stuck since.

This got me thinking about privilege. I was 8 in 1998, and I remember that it was around that time that it seemed like we started having enough food at home. In the popular book by Malcolm Gladwell, he explained how people don’t become who they are by accident. There is usually a combination of specific factors, such as when and where one was born or raised, that influence certain outcomes. I’m not an outlier the way Gladwell would describe one, but for me, a lot can be traced back to the privilege of growing up with a desktop computer at home. I never asked for it and I don’t remember having any of the things I wished for (a ball, bike, game etc), but that computer with a great Windows 98 OS was there, and I was bored enough to use it a lot.

Today, even with the mass adoption of mobile phones and the internet, Nigeria has a 4.5% PC penetration rate. I imagine that this would have been much lower In the late 90s to early 2000s. Having access to a PC at home would have put me in the 0.1% at the time. I didn’t do much on the system, but I explored the hardware (monitor, mouse, CPU, UPS, keyboard, floppy disks etc.) and I played Solitaire, Chess, and Minesweeper against the computer for hours. I also played that soccer game till the CD scratched. I explored Microsoft Word, Paint and Encarta a lot, and earned more time on the computer by doing typing jobs for my mom.

This meant that when the internet became a bit more popular and cyber cafes sprung up everywhere in the early 2000s, I was active. We tried setting up dial-up internet at home, but it was expensive and it never worked. I learned a lot about it though. However, I spent any change I had for 15 mins of browsing time at “cyber cafes” in Abeokuta, although I exhausted the time just trying to log into Yahoo with the snail internet speed. When I had more time or when I could pay N200 (I think) for overnight browsing, I traversed the web randomly for hours. I opened my YahooMail account in 2003, talked to strangers on Messenger and read weird news on a website called crazynews(dot)net. I didn’t realize then that I was preparing for a life where I would be forced to spend 60% of my time on a computer a few years later.

I’m sure this PC-at-home privilege was already a staple for most kids in the West 20 years ago (A 2003 report showed that almost all 15-year olds in OECD countries had experienced using a computer), but I now realize how special it must have been in Nigeria, and how it positioned me to be able to at least compete when I eventually moved to Barbados for university in 2008. I researched and worked on my university applications at the cyber cafe. My previous access meant that I was actually able to use the university library resources effectively, especially as I couldn’t understand the Bajan English accent for the entire first semester. I got my first laptop in 2009, an Acer Aspire, and I was already able to use the internet at my accommodation (wow!) for non-basic things. I’m sure no University in Nigeria had free internet at their accommodation in 2009 and perhaps even now. I was typing at a fair 65 words-per-minute, just like most of the other kids there, but I remember how that made me feel special back in Nigeria. I’d seen a “blue screen of death” many years earlier, and I wasn’t the “primitive” African I could have very easily appeared to be or that I was sometimes expected to be.

I recently saw a tweet about a government office in Nigeria using a typewriter, and I’m sad. I can bet that the agency had a line for computer purchases in their budget for the past few years and that the resident typist can easily upgrade, but no. In Nigeria, if it’s not hard and complicated, then it’s not worth doing. I remember using a digital typewriter at home 18 years ago!

Recently got sent the death certificate for a relative who died in Nigeria last year. Typed on a typewriter. Same old spherical ink stamp. Same language style. Carry the document into the 1980s and it will fit right in. No change whatsoever in style or appearance.

The sad reality is that computer literacy is still an elite skill there (say, top 5%), and kids that have PCs at home can still be considered privileged; maybe top 1% now. Even in government, the sophistication of technology conversations peaks at websites, e-mail clients and CCTV, and even those are all still implemented poorly. I mean, www.nigeria.gov.ng doesn’t have basic security, the information there is a junk dump and the weather is -4 degrees in Lagos according to the widget. I can bet that our Technology Minister cannot hard-refresh his browser or understand why one would want to. Meanwhile, in the developed world, children are already being exposed to the next level of privilege at home: unlimited and instant access to information, interaction with AI, cryptocurrencies, virtual reality, super high-speed internet, smart devices, electric and driverless cars etc. It will take a lot of privilege for the average Nigerian kid to be able to compete at all as the current pace of the world’s evolution.

I wonder what tools and knowledge are basic or emerging in the West today, but would put Nigerian kids with access in the 0.1% bracket.  Smart parents will do well to expose their kids (and even themselves) to those things and more now to have a chance at the global level because we’re at least 20 years behind. The knowledge barrier has been lowered and most things that can be learned are free to learn with cheap tools. I’m biased, but I’d start with cryptocurrencies. 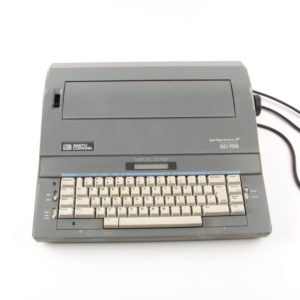 I’m still reeling from the circumstances leading to the #EndSARS protests and all the unfortunate developments since. The protests have been followed by reports of intimidation,...

Are We Hopelessly Helpless?

A long time ago, Martin Seligman, an American Psychologist, conducted a very interesting experiment. I’ll describe a simplified version:  Two groups of dogs were placed in...